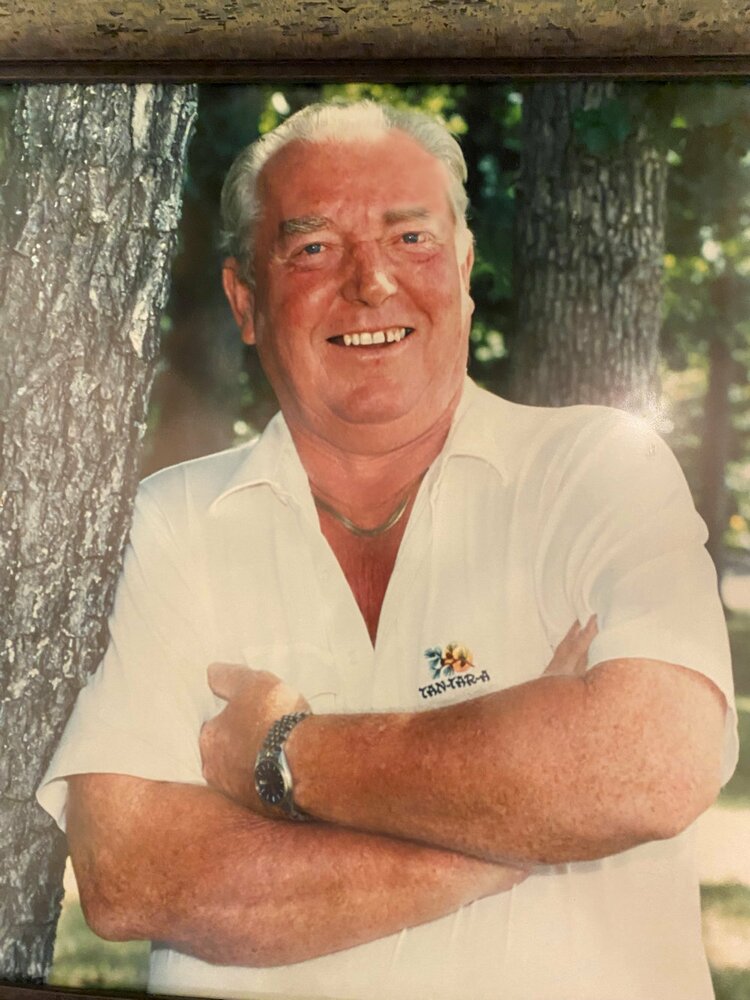 Obituary of James B. Lewis

James B. Lewis, Jr., affectionately known as “Jim Bob”, passed away on July 23, 2022,  after a hard-fought battle with kidney cancer and Alzheimer’s Disease.  He was born on July 17, 1942 in Miami, Oklahoma.  His daddy, Skeeter Lewis, loved to tell the story about Jim being born at home, and the doctor charged them $10.00, which he had to pay in installments.

Jim was born into a family fully ingrained in the golf business.  His Daddy taught him at a very young age to water greens, and pick crabgrass off the fairways, work on machinery and mowers, and anything that came along with running a golf course.  That early education served him well.  His professional life included all facets of the industry.  Early in his career he was a Golf Professional (although he did not really like teaching women!).  He was a Golf Course Superintendent, General Manager, Regional Vice President, and most proudly “Director of Dirt, Water, and Motors” at Tan-Tar-A Resort.  He retired from Tan-Tar-A in 2001, and then from Columbia Sussex Corporation in 2003.   He also had a passion for golf course design, and he designed and built many golf courses, including Hidden Lakes Golf Course and the Oaks Course at Tan-Tar-A, Sycamore Creek, Eldon Country Club, Redfield Golf Course, Versailles Country Club, Lawrence Country Club, and Clinton Country Club.  He consulted on many courses in the developmental stage, as well.

In 1960 he married his high school sweetheart, Nancy Ray, and to this union, four children were born.  Jim said every time he changed jobs, they had a baby!  Jim and Nancy were married for 19 years. On January 17, 1981, he married the love of his life, Sue Devlin, who he hired as his secretary at Tan-Tar-A.  He brought another child into the family fold; not his by DNA, but you would have never known that Joe Devlin was not his own.  Jim and Sue were married for 41 years and made their life and home at the Lake.

Jim also had a passion for work and creating beautiful things.  He and his partner, Hadley Frederick, designed and built over 25 homes, in a handshake partnership known as Frederick & Lewis Development.  Many of the homes were in Hawk Island Estates, but also all over Osage Beach and Camden County.  He was a perfectionist, and it showed in all of his projects.  He owned his own business, Lewis Home Services, after Hadley retired, and took care of countless homes in the Lake area, mainly in Tan-Tar-A Estates.

Jim loved nature.  He would point out a beautiful vista and say “that would make an awesome golf course”.  He loved riding his Harley, traveling in his RV, Kansas City Chiefs football, casinos, family, boating on the Lake of the Ozarks, Game Night, The Barn parties, the Chili Bowl races, and his four legged buddy, “Wally”.  Jim was not a church-going man, but he possessed a love for Jesus Christ, and was a believer.

He is survived by his loving wife, Sue, his children, Amy King and her husband, John, of Birmingham, AL, his sons, Ronnie Lewis and his wife, Laura, of Osage Beach, Johnny Lewis and his life partner, Rhonda Mishler of Cedar Hill, TX, and Joe Devlin and his wife, Pamela, of Ozawkie, KS.  He is also survived by his two sisters, Judy Spears and Janis Purves of Springfield, MO, fifteen grandchildren, six great grandchildren, many nieces and nephews, and countless friends.

He was preceded in death by his parents, Skeeter and Trella Lewis, his son, Jimmy Lewis III, and his grandson, Max Lewis.

Celebration of Life will be held at 4:00 pm, Saturday, July 30, 2022, at Tan-Tar-A / Margaritaville Resort, Paradise A,  with a reception to follow.Funeral services are under the direction of Hedges-Scott Funeral Home, Camdenton, Missouri.  Jim’s family would like to extend their special thanks to the staff of Lake Regional Hospice, and also to Jim Bryan and Tim Scott.

Memorial contributions may be made to the Dogwood Animal Shelter, or the charity of your choice.