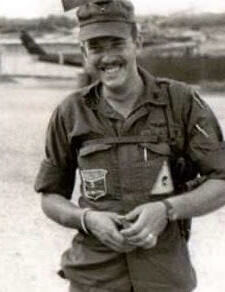 Please share a memory of Calvin to include in a keepsake book for family and friends.
View Tribute Book

CP was a private man and was a strong man of faith and a great love for his family and his country.  He is now with his wife and many other family members.

CP graduated high school at Windyville, class of 1960, he then joined the army, and we all know where he ended up going, to Vietnam, where he made some lifetime comrades while also losing some.  Salute to all of them. He earned his associate degree while there then came to be a helicopter pilot, later to getting certified for fixed wing aircraft, spending a 20-year career serving his country.  After retiring from the army, he eventually moved back to Lebanon, Missouri where he became a mail carrier and Red Cross volunteer, serving his community.

If he were to read this, he would probably lash that wrath at us, but we want to share the words of his granddaughter because it perfectly describes the man his family was fortunate to have.

Graveside services will be held Saturday, October 15, 2022 at 2:00 pm at Plad Cemetery in Tunas, Missouri.