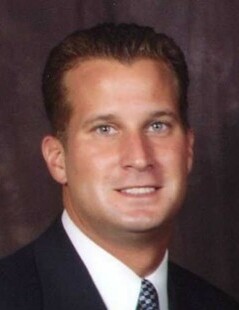 Please share a memory of Brian to include in a keepsake book for family and friends.
View Tribute Book

Brian was born at St. Mary’s Health Center in Jefferson City, Missouri to James Don Byrd and Shirley Ann Byrd on November 18, 1971.  He attended Jefferson City High School and graduated in 1990.  He graduated college at Northeast Missouri State University in Kirksville and obtained his law degree at the University of Missouri School of Law in May 1999.  He practiced law at his law firm in Lake Ozark.

He was preceded in death by his father, J. Don Byrd and brother, Jeffery Louis Byrd.

Brian’s wishes were to be cremated and there will be a private family service at a future date.

If you would like, please make a memorial donation to a charity of your choice in honor of Brian’s life.

Will be held at future date.

May be made to a charity of your choice in honor of Brian's life.
Online Memory & Photo Sharing Event
Online Event
About this Event