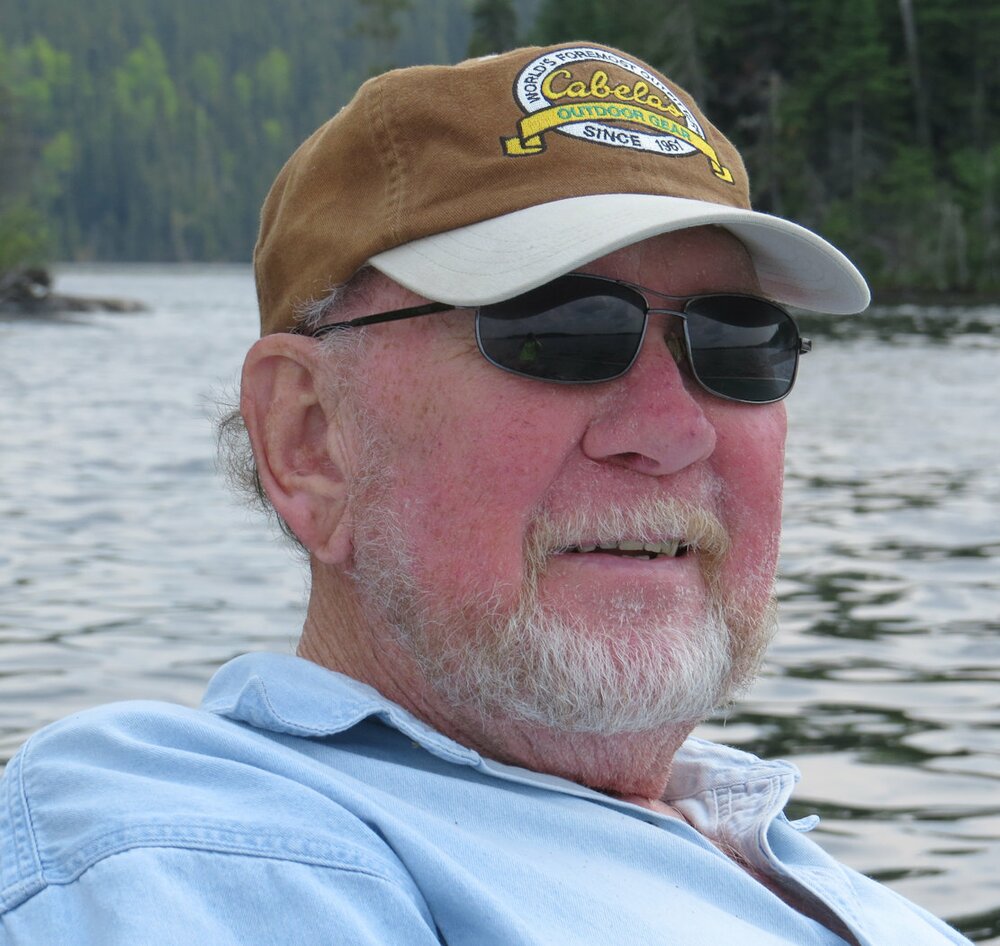 Please share a memory of Jack to include in a keepsake book for family and friends.
View Tribute Book

Jack Charles McGill was born on November 4, 1938, in Butler Missouri.  He was taken home to be with the Lord on Monday August 1, 2022, at the age of 83. He peacefully passed away at the lake home in Edwards, Missouri, with his wife and son by his side.

After his high school graduation, he attended college in Warrensburg. In September 1957 he and his brother Paul joined the U S Marine Corp. They went to boot camp at Camp Pendleton and Jack was then stationed in Kailua Hawaii.  He often told folks that he knew of at least 13 Jarheads that were in Alaska when it became the 50th state, and Hawaii when it became the 51st, both in 1959. He said it was quite a sick joke for the brigade from Hawaii to be sent to Alaska in January to build Quonset huts.

During his enlistment, he served in the motor pool and was known to have rolled more than one of his commanding officer jeeps.   However, he still received two Good Conduct Metals during his service. He was discharged from active duty in September of 1960 and was in the reserves until 1963. He was very proud to serve his Nation as a Marine.

He also served in the Coast Guard as Commander of Flotilla 31-5 for 9 years.

Upon discharge from the Marines, Jack worked for a short time at a chrome factory in Kansas City KS.

Jack worked in the glass industry the rest of his entire career. He started his career with Ace Glass in Raytown Missouri as an installer and then moved up to management.  After his retirement from Safelight Glass, he started and ran his own glass business for several years.  He could tell you the number of every piece of glass on any vehicle.

Jack was also proud to be a Red Coater with the K C Chiefs.  He was with them in New Orleans when they celebrated the Super bowl win in 1970! Bragged of having seats on the 50-yard line in the OLD stadium.

Jack finally met the love of his life - Linda Kay Todd in January of 1987. They were united in marriage on September 16th, 1989.  They moved to the Lake of the Ozarks in 1993 where he semi-retired. Linda opened a plumbing wholesale company the summer of ’93.  Jack enjoyed playing golf and they belonged to Lake Valley Country Club. He even scored a hole in one there. He tinkered with his cars, took care of everything at home, and still managed to do a lot of glass jobs when his pocket change got too low.  Linda retired early in 2009.  They traveled every winter in their motorhome and ended up buying a winter home in Edinburg TX in the Rio Grande Valley.

Jack was an avid outdoorsman and passed on that outdoors sportsmanship to his son Tommy.  He enjoyed countless fishing trips all over the USA and Canada, deer hunting trips with his dad, brothers and son to the Todd Ranch in Ucross, Wyoming, deer hunting on the family farm, carpenter, mechanic, truly a “Jack of All Trades”. He enjoyed antique Chevrolet cars and trucks. He claims he owned 275 vehicles until he quit counting when he and Linda got married.  His ‘58 and ‘63 Impala convertibles are still part of his collection, along with a ‘59 short bed fleet side truck, and ‘47 ‘coupe.  During the 1960’s he owned six corvettes – and no – not any “stingrays” (63 and later) he would say.  He was President of the Corvette Club of KC during that time.

If it could have been done, Jack did it! He was known for what a Texas neighbor called his “Jackalisms”. He could always come up with sayings that were unique and funny.

Most of all, he loved his family and living at the Lake!

Those left to cherish his memories are his wife Linda McGill of the home, his son Tommy and wife Rhonda (Meppelink) McGill of Lawson MO, grand-daughter Samantha (Bryan) Whitaker of Kansas City. Brother Paul (Lavonne) McGill of Belton MO, Brother Jerry McGill of Odessa MO and a host of nieces, nephews, great nieces and nephews.