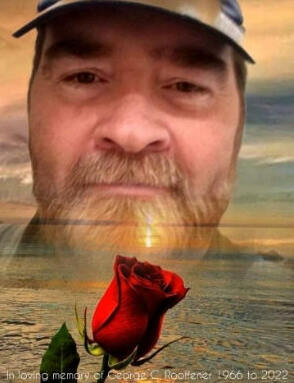 Please share a memory of George to include in a keepsake book for family and friends.
View Tribute Book

George grew up down Hard Rock Lane in Rural Camden County. At a young age he lost his father and went to live with his bonus family, J.D. and Fern Burns, who raised him till he graduated from high school.

He made his career in concrete construction right after high school, and until he got cancer, that was what he did, except for tinkering with lawn mowers and working on vehicles.

His hobbies were raising cattle and horses, deer hunting, fishing, and spending time with his family and friends.

On June 15, 1996, he was united in marriage to Roberta Banner. Although they had no children together, he had raised her children as his own.

George was a family man who always treated everyone he met like family. He will be sadly missed and greatly remembered by all who knew and loved him.

A Celebration of Life will be held at 10:30 am, Saturday, August 13, 2022 at Hedges-Scott Funeral Home in Camdenton, Missouri.  The family will welcome freinds for visitation from 9:30-10:30 am, prior to services at the funeral home.

Interment will be at Mt. Horeb Cemetery, Decaturville, Missouri.