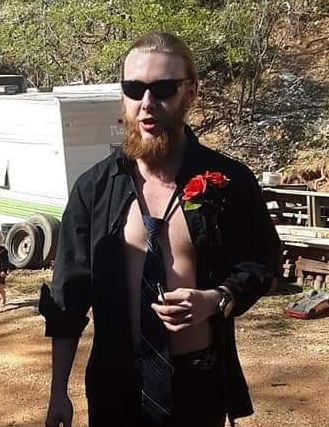 Please share a memory of William to include in a keepsake book for family and friends.
View Tribute Book

Wyatt was born June 18, 2001 to Kerry and Cindy Jackson in Clinton, Missouri. He was raised in Sunrise Beach, Missouri, where he attended Camdenton Schools. During school Wyatt participated in football wearing #66. He and his fellow players went undefeated their 7th, 8th, and 9th grade years. He also wrestled over a 5 year span with an unbelievable record of 176 & 6. His 8th grade year, he went to state in St. Louis were he placed 10th. His dad, Kerry, was his number 1 fan. Wyatt was a momma's boy yesterday, today and always. Wyatt's hobbies were jamming to his favorite radio station 96.7 Columbia, watching movies, the dirt track races in Urbana, hunting, deer camp, and most importantly the time and adventures he had with his cousin Ayden.

The family will welcome friends for visitation from 9:00 - 10:00 am on Thursday, August 18, 2022 at Hedges-Scott Funeral Home in Camdenton, Missouri with a Celebration of Life following at 10:00 am.

Memorials can be left at Hedges-Scott Funeral Home.