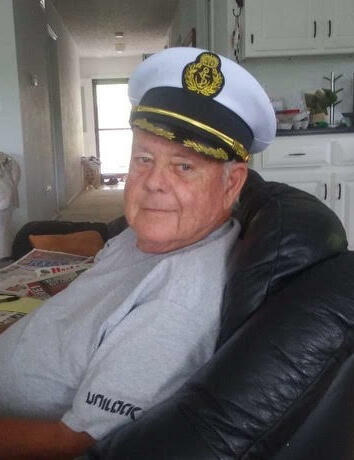 Please share a memory of James to include in a keepsake book for family and friends.
View Tribute Book

James Robert Bex, 76, went home peacefully to his heavenly father on August 12, 2022, with his wife Joan and children at his side.

On January 22, 1973, Jim was united in marriage with Joan Segebarth.

Jim worked at Northwestern Bell, retiring from QWest with 40 years of service.  He was a member of Lake Presbyterian Church, Elks Lodge #2517, where he served as an officer for several years, Telephone Pioneers of America, and CWA Local 7101.

Jim was an avid hunter, fisherman, and gardener in his younger days.  After moving to Osage Beach from Riverside, Iowa, he continued to garden and fish.  Jim always planted more than two people could eat and loved sharing the fruits of his labor, especially cucumbers and peppers.

The highlight of his life was his family.  Many years of sitting on bleachers watching Jason and Julie playing sports and then his grandsons playing football and track.  Jim and Joan took many cruises with his favorite being to Alaska.  They enjoyed spending a winter month in Panama City Beach for many years.  He loved to try new recipes and grilling.  Jim loved watching the Hawkeyes and Packers and will continue to cheer them on.

Jim chose to be cremated.  He wanted everyone to remember him as they last saw him.  A celebration of life will be held at Hedges-Scott Funeral Home; 1270 N Business Rt. 5, Camdenton, MO with Rev. Jim Long officiating on Tuesday,  August 23, 2022.  Visitation will be at 10:30 am with the service at 11:00 am.  Following the service, an Elks Memorial Service will be held at; 5161 Osage Beach Parkway at 1:00 pm with a luncheon to follow.  A memorial service will be held in Riverside, Iowa at a later date.

Memorials may be made to Lake Christian Fellowship Church or Elks Lodge #2517 Scholarship Fund.