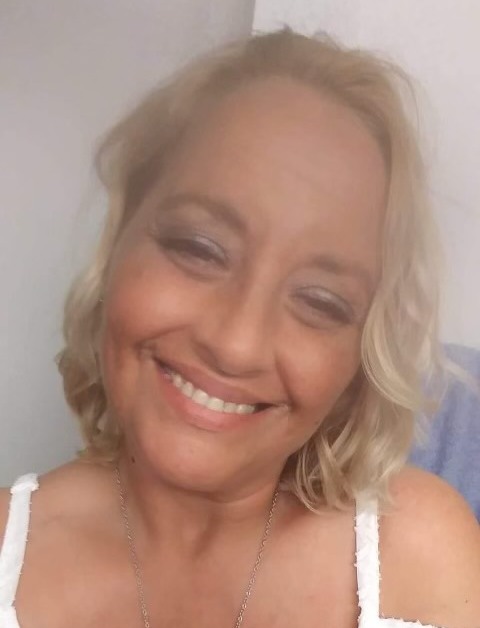 Please share a memory of Michelle to include in a keepsake book for family and friends.
View Tribute Book

Michelle Reneé Waisner-Irving, age 49, of Camdenton, Missouri passed away Saturday, August 27, 2022 at Lake Regional Health System in Osage Beach, Missouri. She has been an organ donor over the past 20 years and she was able to bless four lives with her donations.

Michelle was born March 25, 1973 in Independence, Missouri, the daughter of Nelia (Hoaglin) Ethington and Michael Waisner.

Michelle married at a young age to Theodore “Ted” Irving III. They spent 10 years together and had their daughter Kristen Irving. He passed away in 1999. She then married the love of her life and soulmate, Larry Reynolds, and they had four children. They spent 18 years together before his passing.

Michelle graduated from Fort Osage High School where she played the saxophone in the marching band, and it remained a passion in her life. She enjoyed listening to music, riding with the top down in her mustang singing, fishing, sitting by the lake, watching scary movies, having sleepovers with her granddaughters, and most of all spending time with her children, family, and friends. She worked all over the greater KC area and the Ozarks, doing many occupations, but over all she was a loving and caring mother. That surely is going to be irreplaceable!

Michelle is joined in heaven by her husband Ted Irving III; and her soulmate and second husband Larry Reynolds; her mother Nelia “Nana” Ethington; and her father Mike Waisner; her grandparents Max and Ginny Hoaglin and Newel and Wilma Waisner; and her step-son Larry Reynolds Jr.

A Celebration of Life will be held Saturday, September 10, 2022 at 5:00 pm at New Life Church in Camdenton, Missouri.