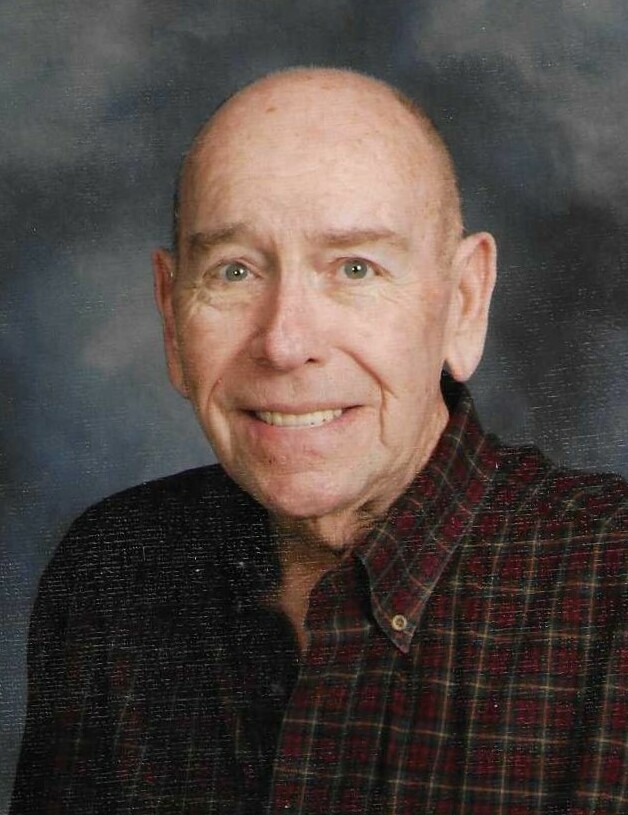 Please share a memory of Wallace to include in a keepsake book for family and friends.
View Tribute Book

Upon graduating from high school, he joined the United States Air Force. In April of 1970, Wallace continued his service and was appointed to the Kansas City Police Department, where he worked in many specialized units including VICE, tactical response team, and the fraud and drug enforcement units. Acting as both an officer and a detective during his career, he earned numerous commendations and awards.

During an off-duty shift at Spartan-Atlantic department store, he met his late wife, Jackie, and the two were married on May 12, 1974. With their marriage, he gained two children, Rick and Tina. He retired from KCPD after 25 years in May 1995 and moved to the Lake of the Ozarks where he and Jackie had been building their dream home. It was during these years that Wally developed a passion for wood carving, and he traveled often to Branson and Springfield for shows where he won awards for his beautiful pieces.

Countless memories were shared with family and friends over the years at “The Lake,” where Norman taught his grandchildren, Lauren and Jake, how to fish and waterski. Norman and Jackie didn’t miss a single opportunity to watch their grandchildren do what they loved and made many trips to visit them in "The City." They attended all sporting events and dance recitals, including trips to Las Vegas and Orlando for Lauren's dance competitions, Missouri State games to watch the Sugar Bears perform at halftime, and the Missouri Cross-Country State Championship to watch Jake’s high school team take first place.

After losing Jackie in June 2012, Norman continued to live at the lake and did very well taking care of himself and their beautiful home. He continued to drive to “The City” for every holiday and great-grandkid’s birthday party. He never skipped a beat, and he always wore an infectious smile. He exuded discipline, resilience, strength, wisdom, and a sense of humor as sharp as his wardrobe. Norman loved his family, his friends, and his cat, Frisky.

In Spring of 2022, he was diagnosed with cancer; in spite of his diagnosis, he was committed to maintaining normalcy, optimism, and independence, driving himself every day from his home at the lake to his treatments in Kansas City. His final days were spent surrounded by family and loved ones.

Norman was simply the best. He made an incredible impact on those around him and will be missed immensely by his son, Rick Shepard (Theresa) of Lake Winnebago, Missouri; daughter, Tina Curnutt (Chris) of Leeton, Missouri; granddaughter, Lauren Stookey (Daniel) of Kansas City, Missouri; grandson, Jacob Shepard (Sadie McCue) of Roeland Park, Kansas; and great-grandchildren Everly and Easton Stookey.  He also leaves his son Bryan Norman who lives in the Kansas City area.

Funeral services will be held at Hedges-Scott Funeral Home in Camdenton, Missouri, on Sunday, October 9, 2022, at 2:00 pm with the visitation commencing an hour before at 1:00 pm.

In lieu of flowers, donations to the American Heart Association or St. Jude Children's Research Hospital are greatly appreciated.