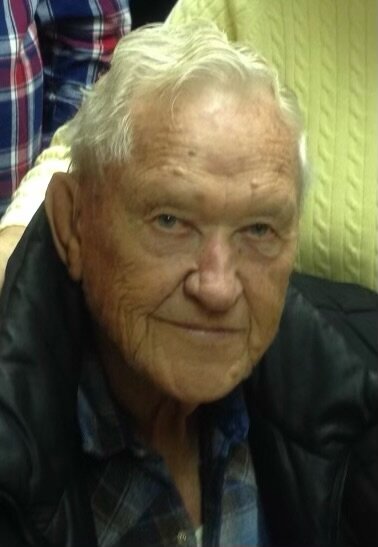 Please share a memory of Joe to include in a keepsake book for family and friends.
View Tribute Book

Joe Willis Rogers Jr., son of Joe Willis Rogers Sr. and Bertha (Hogue) Rogers, was born on November
11, 1933, near Stoutland, Missouri and entered his Heavenly home on October 2, 2022, at Dixon Nursing
& Rehab, at the age of eighty-eight years.

On July 28, 1953, he was united in marriage to Betty Jean McDaniel, who preceded him in death on
March 2, 2020, and to this union three children were born.

Junior, as most knew him, made a profession of faith at an early age and was a member at High Point
Baptist Church. Junior served with the United States Army in Korea, receiving an honorable discharge.
He worked at Owens Corning Fiberglass, in Kansas City, for eighteen years. He then moved his family
back home to Stoutland, Missouri, where he worked a number of jobs, which included owning his own
store and working for the Stoutland School District.

Junior was a wonderful husband, father, grandfather, great-grandfather, brother, uncle, and friend.
Although he will be missed by all who knew and loved him, we can find comfort in knowing that he is with
our Lord and has been reunited with his loved ones in Glory.

Graveside Services with Military Honors will be held at 1:00 pm,  Saturday, October 15, 2022, at High Point Cemetery in Stoutland, Missouri.