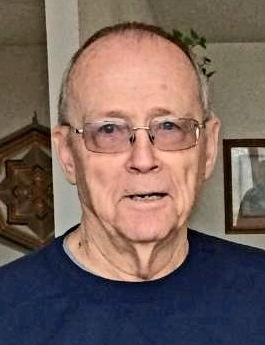 Please share a memory of Leonard to include in a keepsake book for family and friends.
View Tribute Book

Leonard Carlisle Bash, son of Ralph and Virginia Dehner Bash, was born June 29, 1936, in Benjamin, Missouri. He departed this life Thursday, October 6, 2022, at his home in Lebanon, Missouri at the age of eighty-six.

On October 6, 1957, he was united in marriage to Phyllis A. Miller, and to this union one daughter and two sons were born.

Leonard is survived by his daughter, Lisa Polk and her husband, Scott, of Morrison, Colorado; two sons, Jerry Bash, and his wife, Cindy, of Palmer Lake, Colorado, and Jeff Bash, and his wife, Tina, of Lebanon, Missouri; five grandchildren: Cassie, Haley, Sam, Melissa and Tyler; five great-grandchildren: Jameson, Declan, Carson, Mahalia and John; a sister, Joan Clark of Colorado Springs, Colorado; several nieces and nephews; as well as a host of other relatives and friends.  He was preceded in death by his wife, Phyllis, his parents, and an infant brother.

Leonard was born and raised in Missouri. After graduating from high school, he went to work at Motorola in Quincy, Illinois where he met Phyllis. He joined the Army Reserves and went to Trade School. They made their home in Illinois before moving to Colorado Springs in 1977, and he retired from the City of Colorado Springs. Upon retiring, he and Phyllis moved to Lebanon, Missouri where they enjoyed the beautiful home they built in the peaceful countryside. They attended North Five Freewill Baptist Church. His interests included hunting, fishing, martial arts, golf, target shooting, playing guitar, watching, and playing baseball, and maintaining his yard and garden.

Leonard was a loving husband, father, grandfather, great-grandfather, brother, uncle, and was a caring friend. We celebrate his life and know that his family and friends will cherish the wonderful memories he created for them during his lifetime.

Leonard was reunited with Phyllis in heaven on their wedding anniversary. After her health declined and she was no longer able to live at home, when he went to visit her, she would always say “Where have you been, I’ve missed you!” and we can imagine that is the same greeting he received when he went home to be with her and his Savior.

The family wishes to extend their gratitude to Integrity Home Care and Hospice of Lebanon and our dear family friend, Vicky Simbro, without whom it would not have been possible for him to pass away peacefully at home surrounded by his family.

Graveside Services will be held Friday, October 14, 2022 at 10:00 am at Zion Cemetery in Eldridge, Missouri.

In lieu of flowers, memorial donations may be made to Lebanon Area Foundation, PO Box 1042, Lebanon, Missouri 65536.