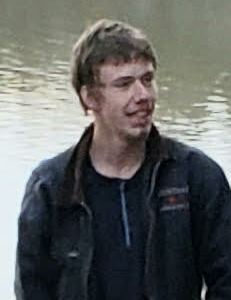 Please share a memory of Christopher to include in a keepsake book for family and friends.
View Tribute Book

Christopher attended Camdenton schools from 5th to 10th grade. He graduated from Eldon High School in Eldon, Missouri. He previously was employed by Sun Rise Movers and currently worked at Missouri Furniture in Camdenton, Missouri. He was also IT certified through Staples. He had very strong bonds with his generational cousins “or Bro”. He and his 3 best friends Danielle, Trevor, and Brock built their own community. He trusted and loved many people and always said, “nobody’s a stranger.” He was very adventurous, curious, and goofy. He always wanted to explore. He was more in touch with nature, and oh boy his rock collection… Most people have a rock that he gave them at some point. If you do or did, that was his way of saying you were loved by him, his trademark.