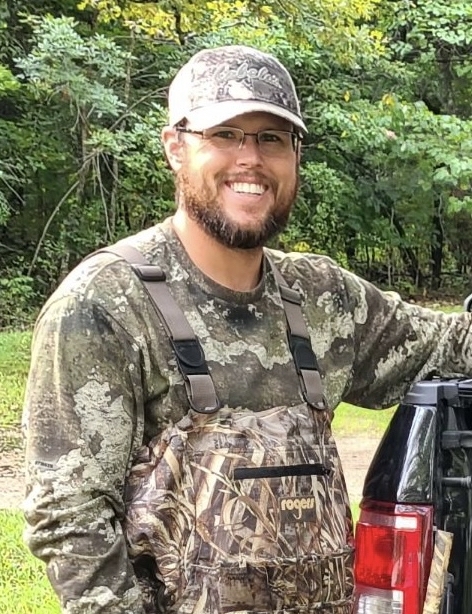 Please share a memory of Joshua to include in a keepsake book for family and friends.
View Tribute Book

Joshua Scott Perry, age 32, a beloved husband, daddy, son, uncle, grandson, and friend, went to be with the Lord on Sunday, October 16, 2022. Josh was born on January 6, 1990, in Spartanburg, South Carolina to Scott and Donna Perry.

He was preceded in death and is now reunited with his brother, Coty Arron Perry; uncle, Wayne Snapp; and grandfather, Kenneth Snapp.

Josh is a 2008 graduate of Camdenton High School and a 2012 graduate of Central Methodist University. He was a very passionate person, but nothing was more important than loving, protecting, and providing for his family. He loved Jesus and led his family with a Godly example. He was an attentive, and playful father and his daughters were his biggest joy. He loved spending time with his family going camping, taking trips to the beach, spending time on the lake, or just simply cooking for his girls. Josh’s other love was being an avid sportsman and he spent his free moments shooting, hunting, fishing, and working with his new lab, Sage.  He prided himself on his work ethic and served twelve seasons at Big Surf Waterpark, this last year serving as General Manager. His staff was like family to him, and he loved to encourage, teach, and train the local youth. Josh lived and breathed Big Surf.

Josh’s smile, long conversations (sometime lengthy and detailed but that is what we all loved about him), his friendship, love, and kindness will be missed by everyone who knew him.

There will be a visitation on Saturday, October 29, 2022 from 3pm - 6pm at Hedges-Scott Funeral Home in Camdenton, Missouri.

A celebration of life will be held at Big Surf Water Park spring of 2023. (Date TBD)

In lieu of flowers, donations can be made to the Joshua Perry’s Children Educational Fund at any Lake Area Central Bank Location, or online at https://autobooks.centralbank.net/pay/joshua-perrys-children-educational-fund,  or mailed to PO Box 244, Osage Beach, Missouri 65065.

Donations can be made to the Joshua Perry’s Children Educational Fund at any Lake Area Central Bank Location, or online at https://autobooks.centralbank.net/pay/joshua-perrys-children-educational-fund, or mailed to PO Box 244, Osage Beach, Missouri 65065.
Online Memory & Photo Sharing Event
Online Event
About this Event