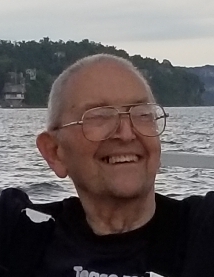 Please share a memory of Ronald to include in a keepsake book for family and friends.
View Tribute Book

On August 8, 1958, in Miami, Oklahoma, Ronald was united in marriage to Karen Davis. They spent over 56 beautiful years of marriage together until Karen’s passing on September 29, 2014.

Ronald was a courageous and patriotic man, who dedicated his time to serve in the United States Navy. Before retirement, Ronald worked as an engineer for Armco Steel. Ronald loved the lake and throughout his life enjoyed water skiing, boating, and fishing. He also enjoyed carpentry.

Ronald is survived by his son, Ronald Brown (Cynthia) of Delaware; his brother Richard Brown, of Independence, Missouri; 8 grandchildren; and 14 great-grandchildren.

Ronald is preceded in death by his parents, Floyd and Dollie Brown; his wife, Karen Brown; his son, Robert Brown; one brother; and one granddaughter.

Services will be held at Hedges-Scott Funeral Home in Camdenton, Missouri on Saturday, November 5, 2022, at 11:00am. A Visitation will be held an hour prior at 10:00am.

Burial will be held at Hedges Cemetery in Camdenton, Missouri following the funeral services.