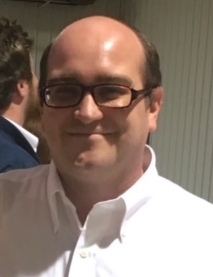 Please share a memory of Daniel to include in a keepsake book for family and friends.
View Tribute Book

Daniel Paul Thompson, son of Constance (Connie) Thompson and the late Paul E Thompson, was born on July 12, 1986, Fall River Mills, California and departed this life on November 11, 2022 at his home in Osage Beach, Missouri. At the time of his passing, Daniel was thirty-six years, 3 months and 30 days of age.

He was preceded in death by his father, Paul E Thompson and his grandmother Barbara A. Smothers.

Daniel was born in California and moved to Camdenton, Missouri in 1994 where he attended Camdenton Schools, graduating in 2004. After high school he worked in the area and then moved to the state of West Virginia for several years until returning to the lake area where he remained until his passing.

Daniel met Tamara Plante in 2008 and were married in Camdenton, Missouri on November 13, 2013. Together they have shared 14 years of laughter, teasing, and love. He dedicated his life to her.

In his spare time, he loved to play video games with his wife Tamara and online with his family and friends - late night games of competition and laughter will be missed. He inherited the love of fishing from his father. Any chance he got he would grab his gear and go fishing. Fishing with his friends made it that much better. Daniel loved to play chess and in High School was a member of the Laker Chess Team winning first place in several competitions. He met so many people through his work and many have remained close friends.

He was a loving husband, son, grandson, brother, uncle, and friend. We celebrate his life and will treasure the memories he created for his family and friends.

Arrangements are under the direction of Hedges-Scott Funeral Home.