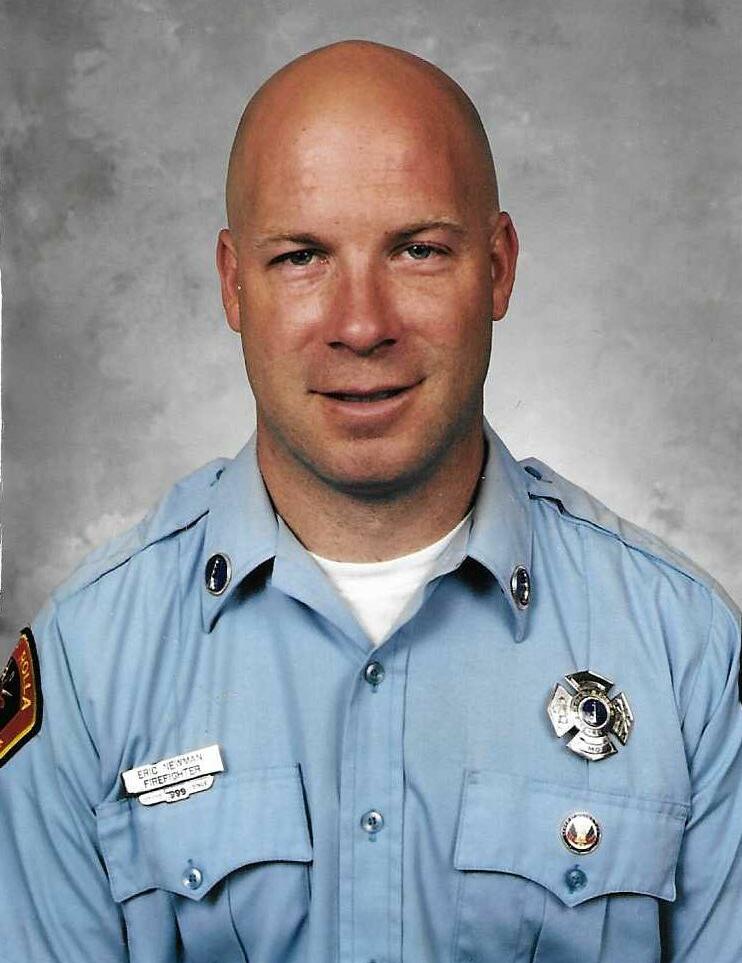 Obituary of Eric A. Newman

Please share a memory of Eric to include in a keepsake book for family and friends.
View Tribute Book

Eric A. Newman, age 49, of Osage Beach, Missouri passed away Monday, November 14, 2022 at his home in Osage Beach, with his family by his side.

Eric was born May 15, 1973 in Poughkeepsie, New York, the son of James and Barbara (Pfeiffer) Newman.

On November 29, 2008, Eric was united in marriage to Jennifer in Camdenton, Missouri. They shared 13 years together at the time of his passing.

Eric began his fire service career in Rolla in 1997. He joined the Osage Beach Fire Protection District in 2009 as a volunteer, and in 2010 he began his 11 years working full time for the Osage Beach Fire Protection District. He was the president of the Firefighters Local 3987. He spent time doing volunteer work and was active with the Midwest Children’s Burn Camp. He did part time work as a chimney sweep. He enjoyed camping, hiking, and cheering on the St. Louis Cardinals. He was very proud of his 1985 Jeep CJ-5. He never met a stranger and loved a good barbeque. He adored his family dearly, including his nieces and nephews who referred to him as “Uncle Carrot”.

Eric was preceded in death by his father James Newman, Sr.

Memorial donations are suggested to Midwest Children’s Burn Camp in honor of Eric Newman at https://brsg.org/events/summit-for-seventy-fundraiser/.