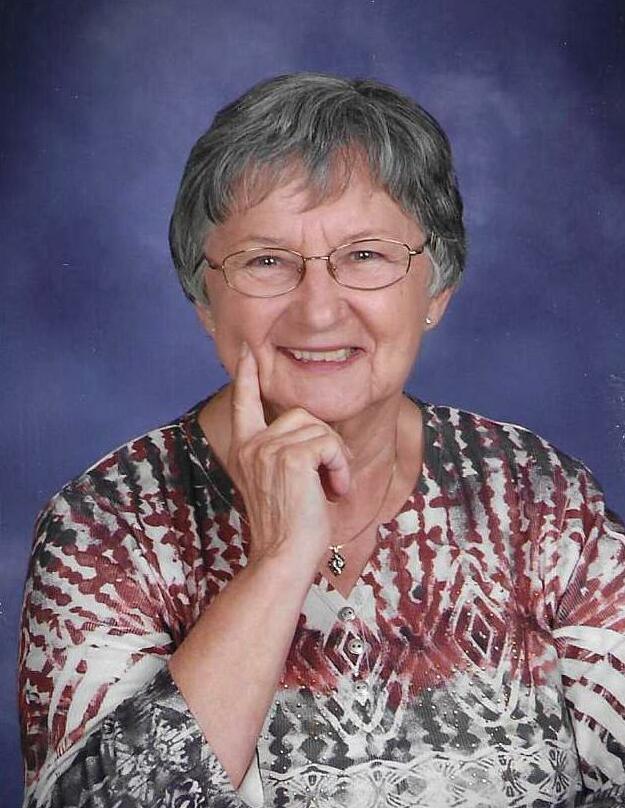 Janet was born on March 12, 1941 in Dumont, Iowa, the daughter of Siegfried and Lorain (McWilliams) Kramer.

On September 4, 1959, Janet was united in marriage to Robert Ubben. Janet and Robert shared 63 years together of lifelong love and happiness.

Janet worked at East High School in Sioux City, Iowa as the administration secretary for about 20 years. After her career, she spent time doing things she loved such as playing the piano, reading, listening to music and singing in the church choir. When her health allowed, she loved attending church at Ozark Chapel United Methodist church. Janet’s favorite time was spent with her family and traveling with her husband and a close group of friends. Her and Robert traveled to all 50 states and eight different countries. They also became snowbirds and went to Gulf Shores during the winter where she would spend hours collecting sea shells. Janet was a loving wife, mother, grandmother, great-grandmother and friend.

Janet is survived by the love of her life Robert Ubben of the home; her children Kathy Ubben of Venice, Florida and Craig Ubben (Rhonda) of St. James, Missouri; her five grandchildren Braxton Ubben (Miranda), Garrett Ubben (Lydia), Avery Ubben, Megan Williams (Noah), and Seth Boren (Darian); her two great-grandchildren Stella Boren and Mia Johnson; and many other relatives and friends.

Janet was preceded in death by her parents Siegfried and Lorain Kramer and brother Bernard Kramer.

A celebration of life will be Wednesday, November 30, 2022 at 11:00 am at the Ozark Chapel United Methodist Church in Laurie, Missouri. Family will welcome friends at 10:00 am prior to services at the church. There will be a light lunch served after the service for the family and out of town guests.

Memorials are suggested to the Alzheimer’s Association.