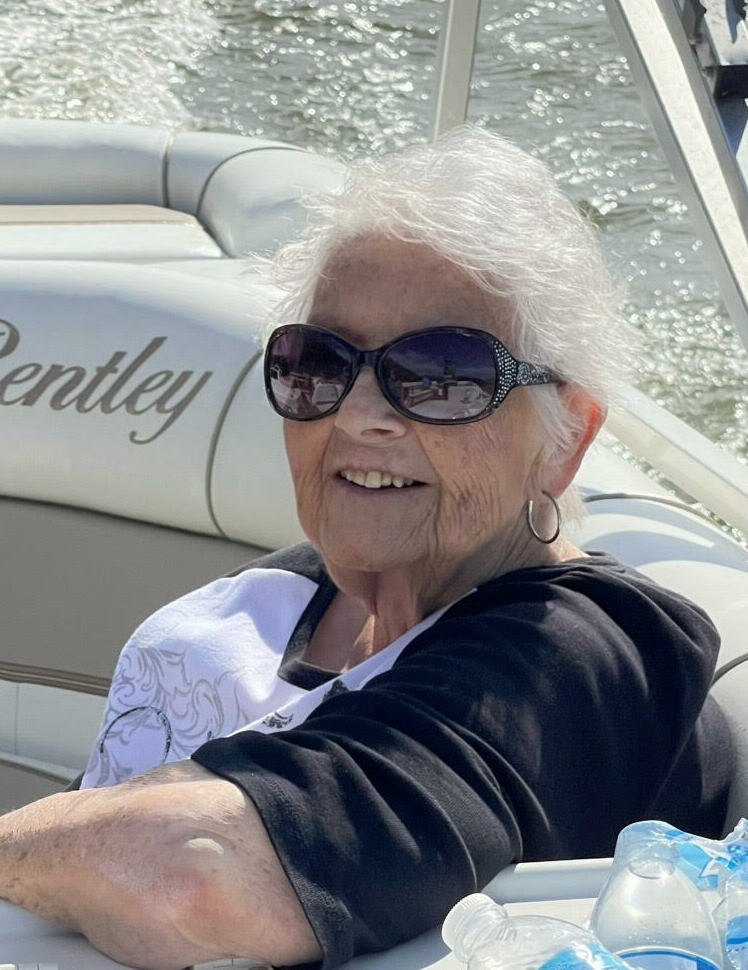 Please share a memory of Genia to include in a keepsake book for family and friends.
View Tribute Book

Genia Fay Laney, 76, of Climax Springs, Missouri, passed away at home on November 29, 2022, surrounded by her husband and boys.

Genia was born in Carthage, Missouri to Dale and Thelma Hegwer on January 11, 1946.  She went to high school at Carthage High School and graduated in 1964.  She worked as a Pharmacy Tech for 32 years.  She enjoyed spending time with her family at the Lake of the Ozarks, where she lived for 21 years.  She enjoyed playing bunco with women in the area and was involved in: Red Hat Society; Firebirds, an auxiliary of the Northwest Fire District, as Treasurer; Beautification Committee of Fawn Valley as Treasurer; and Climax Springs Ladies Community Organization.

Genia is survived by her husband, David Laney; three sons and their spouses, Kevin and Heather Laney of Shawnee, Kansas, Jason and Loretta Laney of Wentzville, Missouri, and Ryan and Brendan Laney of Albany, New York; four grandchildren, Colby, Morgan, Mason, and Tanner; brother and his spouse, Dick and Peggy Hegwer; sister and her spouse, Bruce and Mary Peterson.

She was preceded in death by her parents, Dale and Thelma Hegwer.

Visitation will be held at Hedges-Scott Funeral Home in Camdenton, Missouri on Friday, December 2, 2022, from 12 pm to 2 pm.  The funeral service will be held at 2 pm with Pastor Kelly Ross of Center Point Christian Church of Carthage officiating.

Memorial donations may be made to: Firebirds, an auxiliary of the Northwest Fire District; Beautification Committee of Fawn Valley; or American Cancer Society.

The family wishes to extend their gratitude to the Lake Regional ER, PCU, & Hospice.