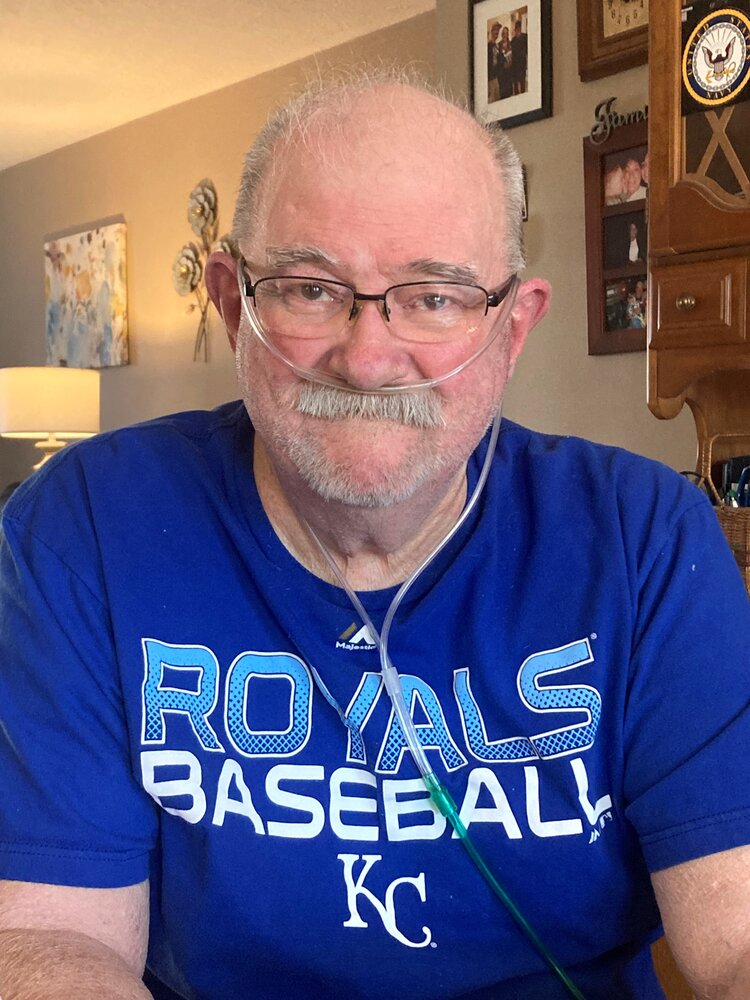 Please share a memory of Richard to include in a keepsake book for family and friends.
View Tribute Book

Richard Eugene Vandenberg, 72, of Osage Beach, Missouri, passed away on November 24, 2022, at his home, surrounded by his family after a long struggle with COPD.

Richard, “Dick”, was born on March 19, 1950 and raised in Kansas City, Kansas, where he attended Washington High School.  He was a proud alumnus of the class of 1968.

Richard earned his journey-man painter status from the Santa Fe Railroad, painting locomotives and various other railroad equipment.  In 1987, he went to work for TWA painting the new TWA schemes on jet planes.  He was proud to have worked on the “Connie” airplane that is still part of the TWA legacy.  He continued to work at the Kansas City Overhaul base when TWA was taken over by American Airlines until his retirement in 2005.

Richard enjoyed traveling, watching football, baseball, and even golf.  He loved watching his kids and grandkids play sports and was proud of all of them.

Richard is survived by his wife of 50 years and friend, Barbara Gail Vandenberg, of the home; their three children: Garrett Vandenberg and his wife Kim, of Clinton, Missouri, Mark Vandenberg, of Omaha, Nebraska, and Kara Martorana and her husband Sal, of Smithville, Missouri.  He also leaves Sandra Vandenberg, his daughter and Richard Vandenberg, his son from a previous relationship.  He will be missed by numerous grandchildren and great grandchildren.  He is also survived by his brother Edward, of Gladstone, Missouri, and many other family members, in-laws, nieces, nephews, cousins, and friends.