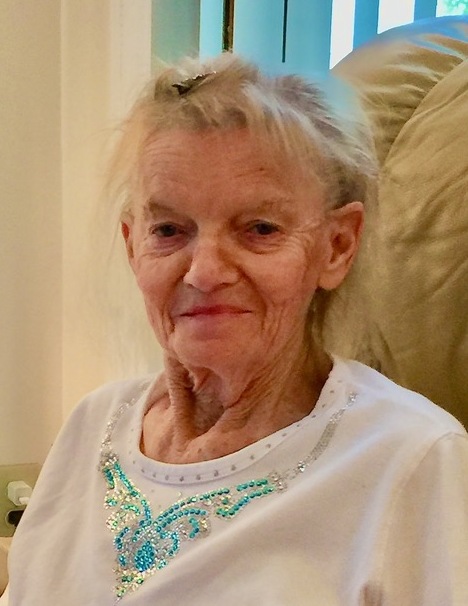 Please share a memory of Carol to include in a keepsake book for family and friends.
View Tribute Book

Carol Baldwin, age 87, departed this life peacefully on Monday, December 5 th , 2022. After
having dementia since 2017, she became unexpectedly ill at the end of October spending over a
week in the hospital before being moved to her nursing care facility.
Carol was the devoted wife of Harry for 68 years, marrying each other at 18 years old with
many people doubting it would last by “marrying too young”. Instead, they were blessed with
many more years together. Along with being survived by the love of her life, Carol is also
survived by her daughter, Sharol; her grandsons, Brandon, Ben and Tom; and her great
grandsons, Colton, August and Camden; along with some nieces and a nephew and other loving
relatives.
Carol and Harry have enjoyed life at the Lake of the Ozarks for 35 years making it their
permanent residence for the last 23 years. During that time, they have acquired many
cherished friends and neighbors. Together they accumulated many fond memories of
wonderful times with family and friends. For most of her life she was stay-at-home Mom and
wife. Not so many years ago Carol was still able to enjoy motorcycling as well as traveling with
Harry in their RV to warmer winter climates along with her hobby of knitting.
Carol lived by example always putting others ahead of herself along with constant focus and
concern for their needs and wants. She was not only Harry’s wife but his deepest friend and
companion. Always there when needed and setting the very best example in raising their two
daughters. No one can hardly remember a time when she spoke harsh words or lost her
temper. She was a loving listener and a force of calmness in some of life’s difficult moments.
Carol has passed but the memory of her love never will. She will be deeply loved and missed by
all who survive her until they too depart this life and meet up with her again.

Will be held at a later date.
Online Memory & Photo Sharing Event
Online Event
About this Event