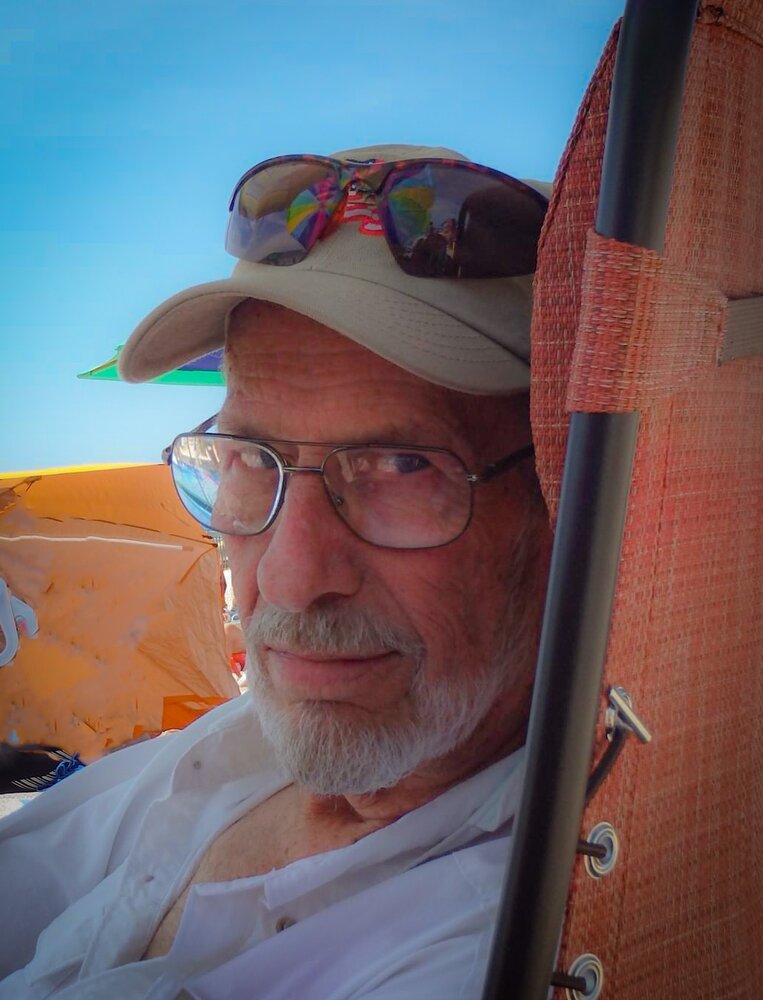 Please share a memory of Robert to include in a keepsake book for family and friends.
View Tribute Book

Those of you that knew Bob, know that he was a charmer, a bs’er, a smart a**, and overall, an ok guy.
So, his daughter is writing this Obit, to honor him in the manner he would seem appropriate.
Bob passed away peacefully on Friday, December 23rd, 3 days prior to his 80th birthday. His wife Jo
Anne, the patron saint of the universe, took care of Bob in his final days and did her best to make
sure he was taken care of in the best way possible. I, Kristen, continued to keep Bob on his toes and
aggravated him as he did me.
He was many things to different people, and in his later years, he came to appreciate the attention
that being a Vietnam Vet would bring him. He hated that time in his life, but it was this path that
contributed to his future self. It may also have been what ended his life at such an early age, to be
blunt.
He went on to get his master’s degree in Criminal Justice, and failed adolescent psychology, to which
I gave him a lot of crap about. Ironically, he retired from the State of Missouri, Division of Youth
Services as an Outdoor Rehabilitation Counselor. In other words, he took teens who were about to
end up in jail out into the wilderness to teach them about teamwork, self-reliance, and determination. I
know of at least one graduate who thanked him for changing his life for the better; I hope there were
more.
Bob was an active member in the community involved in training local law enforcement and fire
personnel how to rescue stranded hikers who somehow fell off the local cliffs they shouldn’t have
been near, and people who wandered into caves who had no business doing so. He was also a swift
water, canoe, rock climbing, cpr, lifeguard, ropes course, and caving instructor. He might have done
more, but who can keep track??
In his retirement, he enjoyed doing whatever the h*ll he wanted. Eventually, he succumbed to
meeting his grandchildren Ava and Jaxon in 2017. This gave him a breath of fresh air and put a little
pep in his step becoming more adventurous again.
In addition to his wife, daughter, and grandchildren, Bob leaves behind his favorite daughter-in-law,
Ev, sister Debbie, nephew Jason, Nieces, Kim, Lauren, Carey, Cassie, and Carissa. He also leaves
behind his in-laws, Paul, Dee, Mark and his wife Sherri, Nieces Mandi, Sarah, Stephanie, and Olivia,
Nephews Russ and Matt. He survived his sister Cece and mother Christine.
In place of a funeral, Jo Anne is going to have a celebration of life when it gets a little warmer for
those of you who would like to get together and talk about Bob...nothing he would like better than
being the center of attention! She will get the word out at that time.